Movie Review: "Manchester by the Sea" (2016)
Movie Review: "Side Effects" (2013)
Through Children's Minds: The Marketing and Creation of Children's Products
Shopping For A Shrink: Finding The Right Psychotherapist For You Or Your Child
Troubled Children/Troubled Parents: The Way Out 2nd Edition
Troubled Children/Troubled Parents
Mental Health In A Minute/ One-Hundred and One, One Minute Lessons To Improve Your Life

Ghosts And Angels: A Memoir/ How, During An Epoch Of Terror, Goodness Vanquished Evil And Restored Faith
Lies In Progress
Park West: A Novel of Love and Murder and Redemption
The Unintended 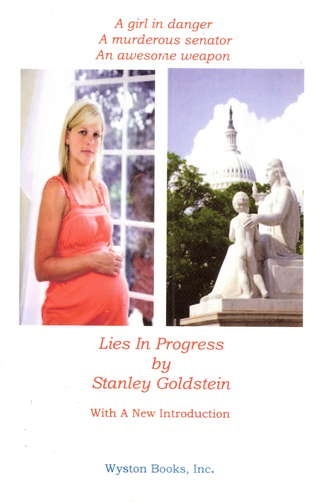 Lies In Progress is also available in the Apple iBook Store for the iPad and iPod.

A pregnant teenager, rejected by her parents and sought by police throughout the world, is hidden and cared for by friends. Foreseeing her murder, she prays only that her child survive and, someday, know how much she loved him. But the girl has unknown allies: a priest who delights in classical study; a congressional aide so skillful he's nicknamed "The Lord"; and an English outlaw on his final, most dangerous mission: to rescue his sister, safeguard America from the awesome weapon CATACLYSM--and gain redemption.

Having characters of dimension and intelligence, this novel is a moral and political odyssey of our time, destined to be shared and remembered.

This book is available in both print and digital formats. The first chapters can be read by pressing the "look inside" button at amazon.com or in the Apple iBook store.